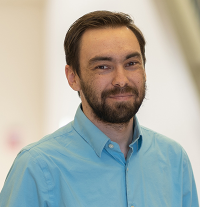 Lee is a graduate of the UGA-Griffin campus’ Terry College of Business. He graduated in 2010 with a BBA in General Business. As a student at the Griffin Campus, Lee served as a member of the Student Advisory Council and worked as a student worker in the IT department. After graduating, he accepted a job with the Academic IT Department on the Griffin Campus as an Instructional Technology Systems Professional. In 2015, Lee was promoted to his current position as IT Manager for Academic Programs. In 2018, Lee was nominated for Employee of the Year for the Griffin Campus and also began pursuing a master’s degree. He graduated from UGA’s Terry College of Business with a Master of Business and Technology (MBT) degree in June of 2020. Beyond his role as IT Manager, Lee also works at his family’s local business, helping manage the accounting and providing IT support, as well as volunteering as a leader on the IT team at his church.