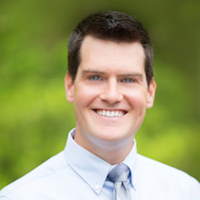 Daniel graduated from the University of Georgia - Griffin Campus in 2014 with a BBA in General Business. Upon graduating, he began pursuing a career as a Physician Assistant (PA).  After 2.5 years of working in the medical field and completing his pre-requisite courses, he was accepted to the South University PA program in Savannah, GA. After 27 rigorous months, he graduated with his Master of Science in Physician Assistant degree in March 2019. He then returned to his hometown of Peachtree City, GA, where he accepted a position in family medicine.  Family medicine allows Daniel the opportunity to care for patients of all ages and with varying complaints. He has been able to form close relationships with his patients while closely following their various acute and chronic conditions. Daniel is grateful for the education he received at the UGA Griffin Campus and the foundation it provided. This foundation allowed him to be successful not only in his medical training, but also in his current role as a practicing medical provider.