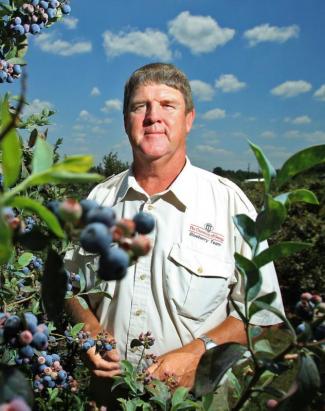 A tried and true Georgia “boy,” University of Georgia blueberry breeder Scott NeSmith takes pride in creating new blueberry varieties for farmers in Georgia and across the Southeast. Now he can boast that blueberry varieties he’s bred through the UGA College of Agricultural and Environmental Sciences have gone global.

Two southern highbush blueberry varieties bred by NeSmith in research plots on the UGA Griffin campus are grown in territories in Europe and several countries in Africa, including Namibia and Zimbabwe, he said.

These UGA-bred blueberry plants grow well in the Southeastern United States and will now be grown by African farmers “primarily for export to Europe and some parts of Asia,” said NeSmith, who was named UGA Inventor of the Year in 2013.