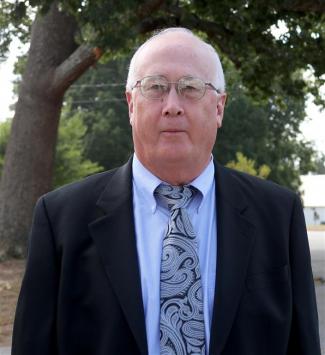 G. David Buntin is a Professor of Entomology at the University of Georgia Griffin Campus in the College of Agricultural and Environmental Sciences in Griffin, GA

We are pleased to announce that Dr. G. David Buntin, a dedicated member of the UGA faculty, has been named Interim Assistant Provost and Campus Director at the UGA Griffin campus, effective Nov. 1. He succeeds Dr. Lew Hunnicutt, who has been named the president of Nash Community College in Rocky Mount, North Carolina.  Dr. Hunnicutt has made several contributions to the UGA Griffin campus, including increasing graduate enrollment, elevating private support, and strengthening partnerships with the local community. I hope that you will join us in thanking him for his leadership at UGA-Griffin and congratulating him on his new leadership role.  Dr. Buntin is a professor of entomology in the College of Agricultural and Environmental Sciences, and his research and extension activities focus on integrated pest management. He has been an active member of several committees at both the college and university level, and we appreciate his willingness to lead UGA-Griffin during this transition period.

An announcement on the national search for the next Assistant Provost and Campus Director at UGA-Griffin will be forthcoming. In addition, a town hall meeting at UGA-Griffin is scheduled for 2 p.m. on Thursday, Nov. 7, in Room 104 of the Student Learning Center. This town hall is open to faculty, staff, students and the general public, and it gives us an opportunity to hear first-hand the aspirations of the campus community.